What's with that witch monument on Proctor street?

Have you ever wondered what that witch monument was about at the corner of Proctor and Boston street?

We were curious about this odd landmark, too! The site at the bottom of the hill is a peculiar location for a Salem Witch Trials tribute. It appears to be tucked away in a corner of the city where its intended purpose was to hide it from view, so we looked into it. 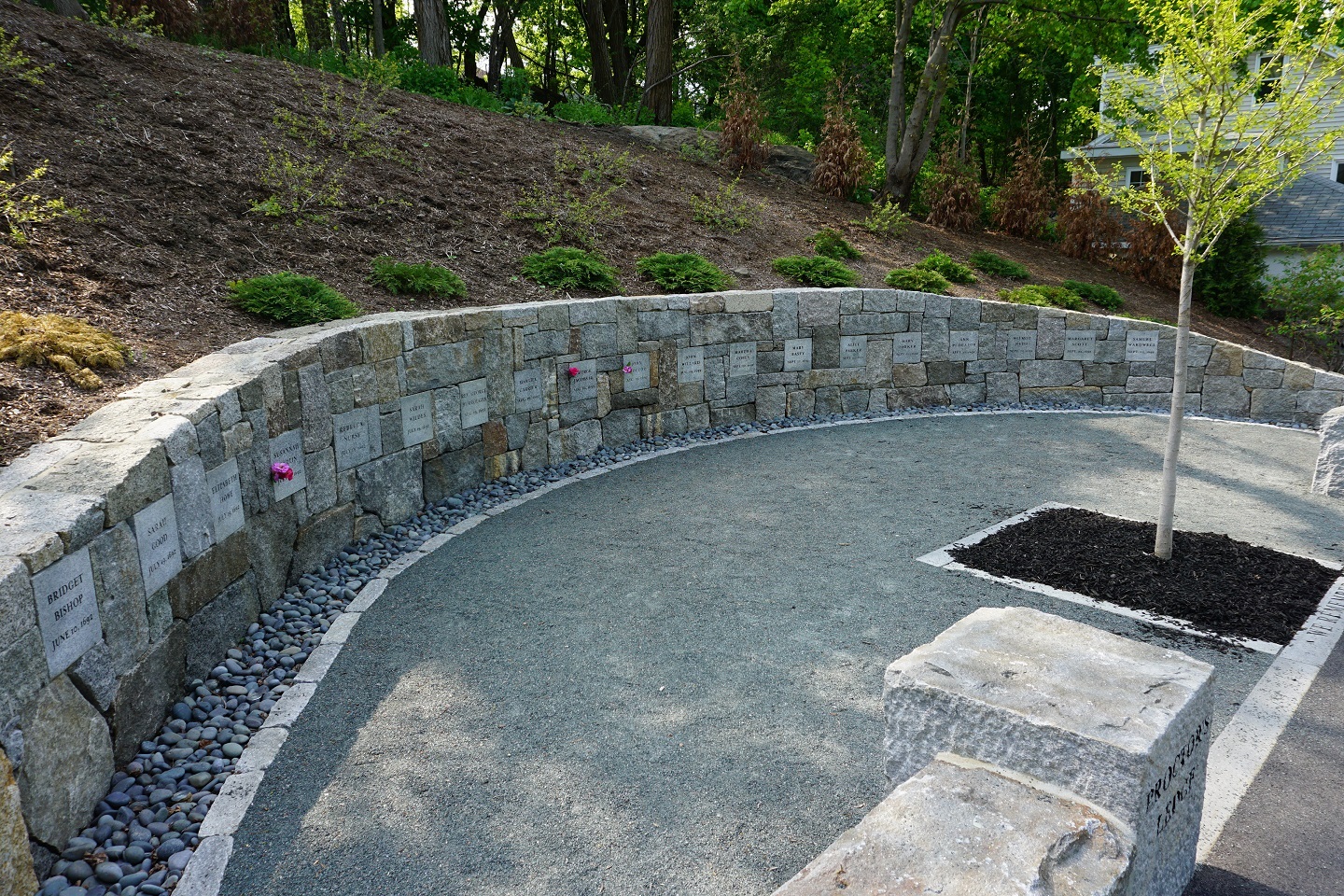 Why did they put it there of all places?

After collecting and analyzing centuries' worth of data using a combination of past documentation and modern research methods, a team of scholars finally came to the conclusion that where that memorial now stands is the exact location of where the hangings of 19 innocent people accused of performing witchcraft took place in 1692. The project began in 2010 when Elizabeth Peterson, Director of Salem’s Corwin House, aka the Witch House, and filmmaker Tom Phillips gathered a team of experts to re-examine the most famous event in Salem's history. The research portion of the project was aptly named the Gallows Hill Project while its construction portion and finished result was called Proctor's Ledge Memorial Project. The project was completed on July 19, 2017, 325 years after the tragedy that would forever shape Salem's future.

Where is the proof?

The team drew their conclusion from multiple sources of information, such as court documents from eyewitnesses, maps of the topography from different time periods, previous research efforts from Salem historian Sidney Perley in the early 20th century, and modern technology that enabled them to pinpoint where the executions transpired. There was much speculation that the events took place at or near the top of Gallows Hill, but research shows that is not possible.

According to eyewitness accounts, the hangings were within view of their homes, which were discovered to have been on Boston and North street thanks to maps that were made during and after that time, showing the gradual change in topography to what it is today. If the executions were held at the top of Gallows Hill, they would not be visible from Boston and North street homes.

Another court document details the September 22nd execution of eight victims, who were driven by cart to the site. It was also customary at the time to make the condemned sit upon the coffins they would soon be put in. It would have been too difficult for a cart carrying eight people and their coffins to the top of Gallows Hill before any roads were paved there.

The hangings were intended to be public events that were performed at a highly visible site as a means of demonstrating the consequences of committing crimes like performing witchcraft. The townsfolk would be unable to see the executions if they were held at the top of Gallows Hill.

What does the memorial mean for Salem's future?

Salem has a history of one of the darkest and most well-known events on record, but the memorial was not built to dwell on the past. In fact, Salem Mayor Kimberly Driscoll believes in moving forward and looking towards the future while keeping in mind lessons from the past. Driscoll says, "the lessons we learn from our history directly inform the actions we take today." Salem has developed significantly from this, forming a No Place for Hate Committee, implementing a non-discrimination ordinance, and the creation of the Salem Award Foundation, later changed to Voices Against Injustice, which is an organization that focuses on "promoting awareness of social injustice issues, recognizing and celebrating individuals and organizations who work to confront fear and social injustice with courage", and who generally help to perpetuate "tolerance, understanding and reconciliation" within the community.

Hope and perseverance were the inspiration for the memorial's unique design. The names of the 19 victims are carved in stone in a half circle around a single tree. Stone is a symbol of stability, foundation, and memory. The single tree in the center of the stone half circle is an Oak tree, viewed throughout history as a symbol of strength, endurance, dignity, and ancient wisdom. Together they illustrate a powerful story of remembrance for those who were wrongfully convicted and the suffering they endured, and the lessons that have been learned from it and the resilience of the human spirit.

For information on Voices Against Injustice, visit the official site here.